O-Level is is a subject-based qualification conferred as part of the General Certificate of Education. It was introduced as part of British educational reform alongside the more in-depth and academically rigorous A-level. The test is for students in Grade 10-11.

In British Secondary school (Year 9- 13), there is a test called Certificate of Education: GCE. Students must pass this test in order to access to university system. GCE has 2 levels which are GCE O Level (year 10-11) and GCE A Level (year 12-13).

Later, GCE O Level has been changed to GCSE but for educational system outside the UK, the test will be called IGCSE (also in Thailand). However, there are many countries where GCE O Level is still applied. Such as Singapore Malaysia Pakistan Hongkong and Brunei. In fact, GCSE and O Level are similar and in the same level.

There are more than 40 subjects such as science, mathematics, economics, account, Business, language (including dialect language), literature, humanities, sociology, religions, computer and technology, tourism, arts, architecture, music, sport, performance, fashion etc… The test covers every aspect and has all interested fields. Students who get A,B,C,D, and E, are considered “pass” but students who get U (Unclassified), will be considered “fail”.

There is no GCE O Level in Thailand but there is a similar test called IGCSE which has been developed from GCE O Level. The test will be applied in international schools and Home school. However, the test system has been changed since 2016. Before students who pass IGCSE will receive high school certificate and can use the certificate for their further study but now students will need to take A-Level test after IGCSE in order to be able to receive high school certificate.

However, there are many countries where GCE O Level is applicable. One of them is Singapore and the test is called” The Singapore-Cambridge General Certificate of Education Ordinary level”. Students will have to take this test in high school and if they want to continue their study in university, they will have to study in Junior college or Pre University for 2 years to be able to take A Level (Singapore-Cambridge General of Education Advanced Level). Once they pass the test, they can study in university. This test system is similar to GCSE or IGCSE.

How to prepare yourself for GCE O Level

GCE O Level has only 2 sessions per year and the test result will be received later after the test so students will need a good preparation to win the test in order to plan your study. Apart from your academic knowledge, you will have to prepare your English language as this is a full English test. We, Chulatutor, has prepared a Private O Level course for you. You can directly ask our tutors in your classroom. Your skill will be developed and your knowledge will be fulfilled. Our tutors have a lot of experiences and techniques. They are more than ready to take you to your dream with the concept “Easy to be Expert”. If you want to succeed, let us be your team. 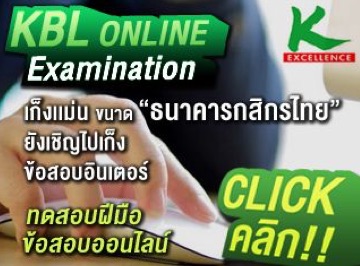